A Wagner Zip 52 Spraypack Low-pressure diaphragm pump of a customer did make trouble causing malfunction in the opration of a coating plant. We had the pump collected by a forwarding company and began to investigate the causes for the malfunction. Step 1: Pressure regulator. 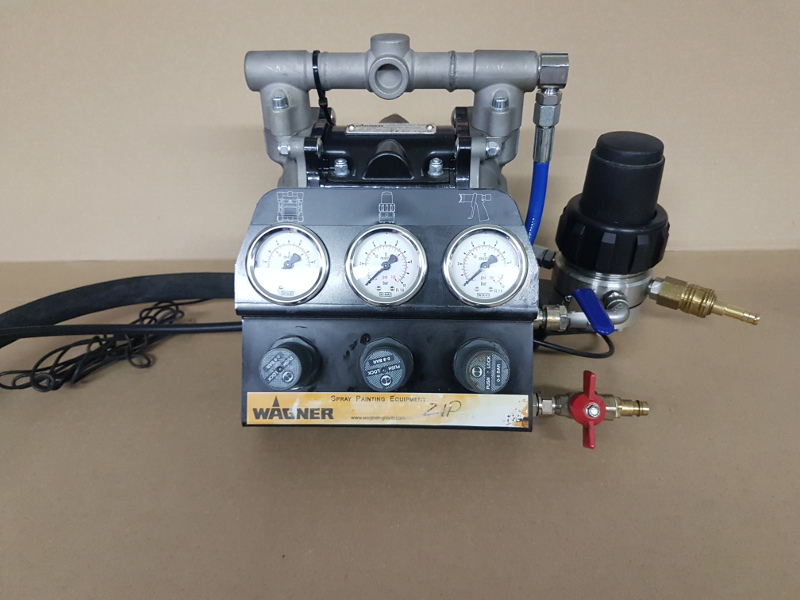 Disassembly of the pressure regulator. Here the first problem can be seen. The filter element is blocked and deformed by the continuing pressure of the pump. 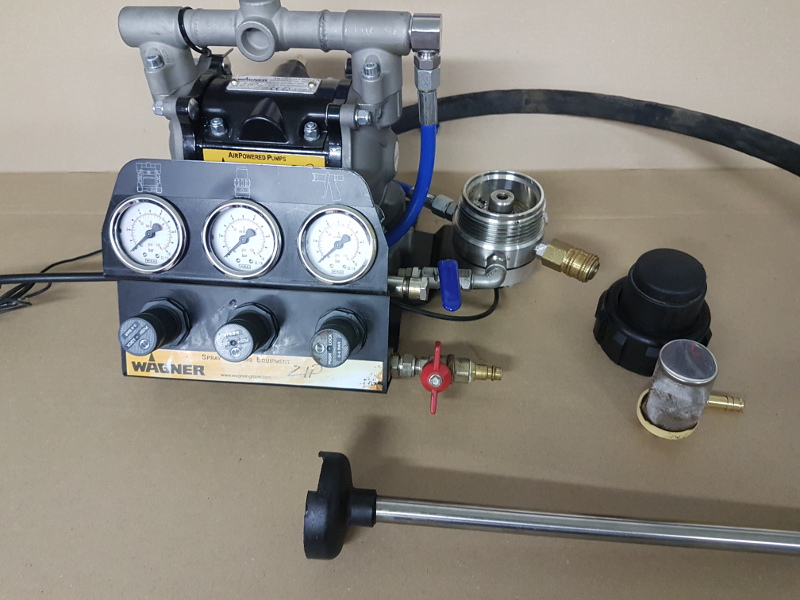 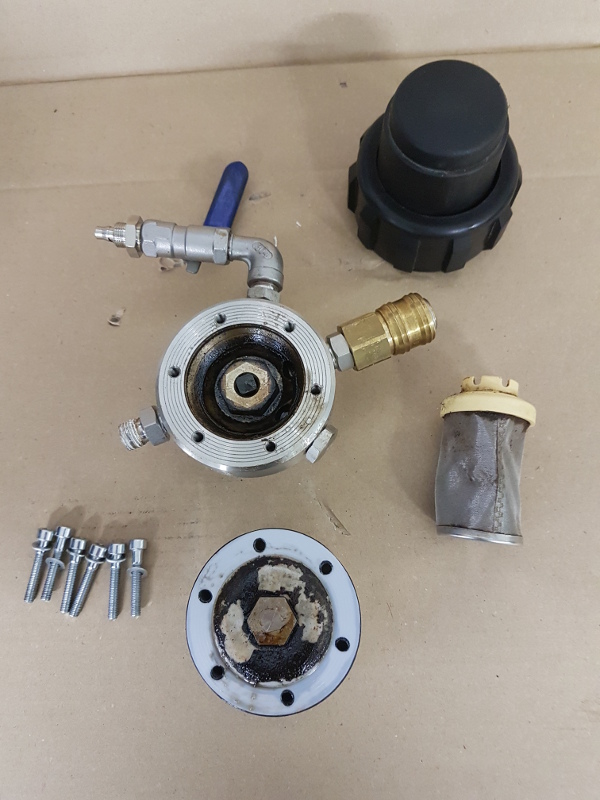 Considerable incrustations on the diaphragm and the housing of the pressure regulator. 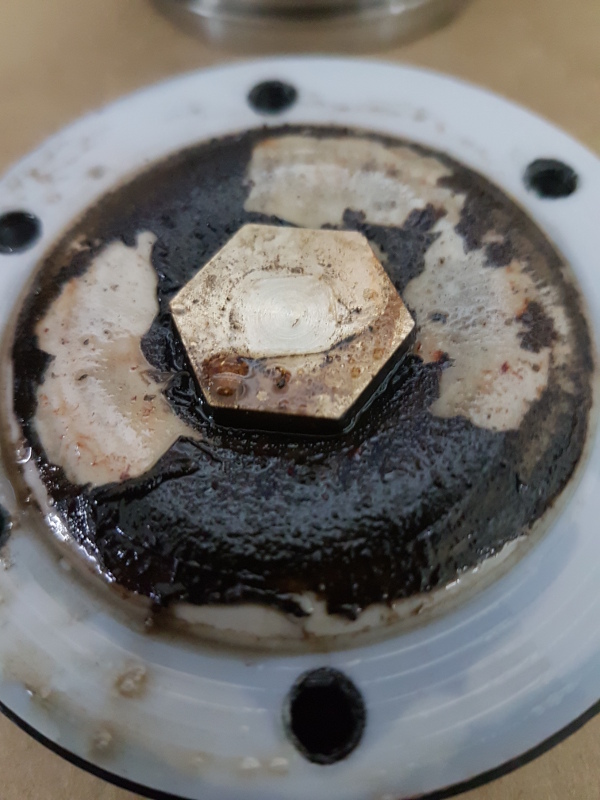 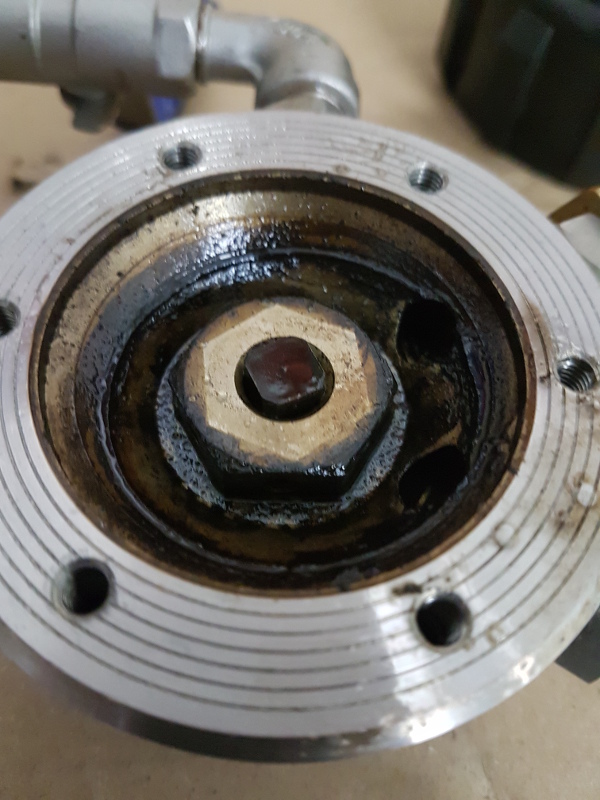 The outlet of the pressure regulator is blocked. 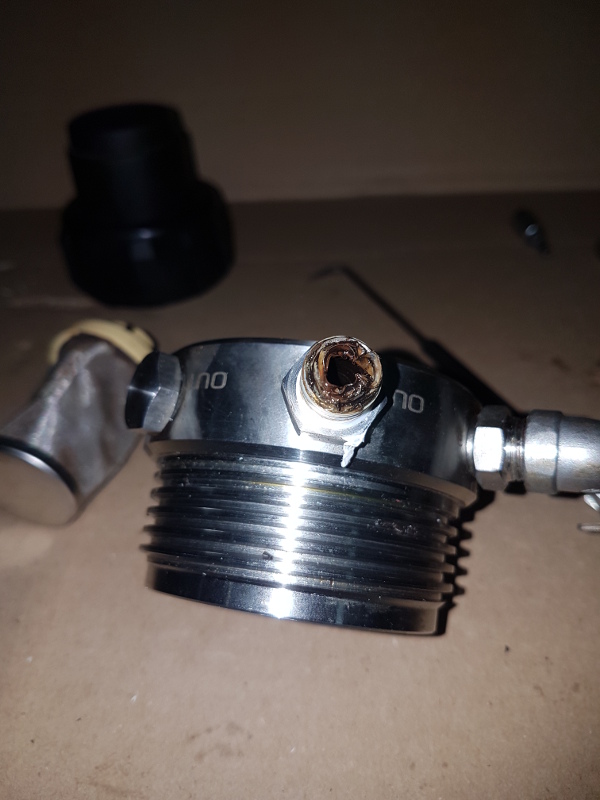 Same does count for the ball valve. 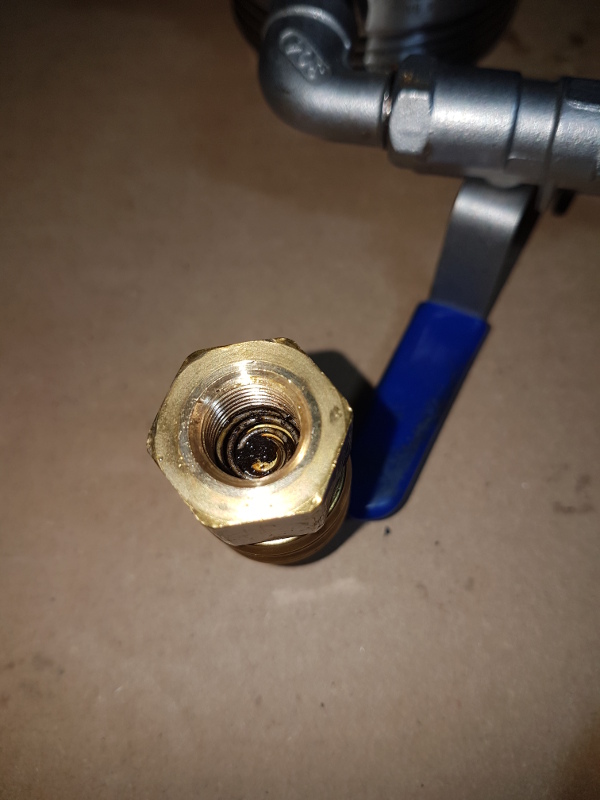 On the outlet of the Spraypack a one-hand fast coupling was mounted. Such is extremely disadvantageous because the sealings were damaged by the solvents followed by blockages from dried remains of the material. 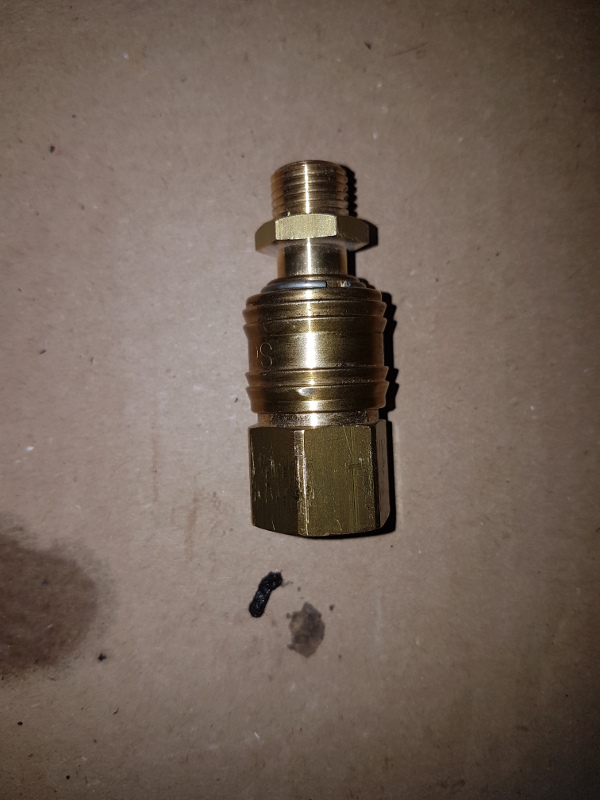 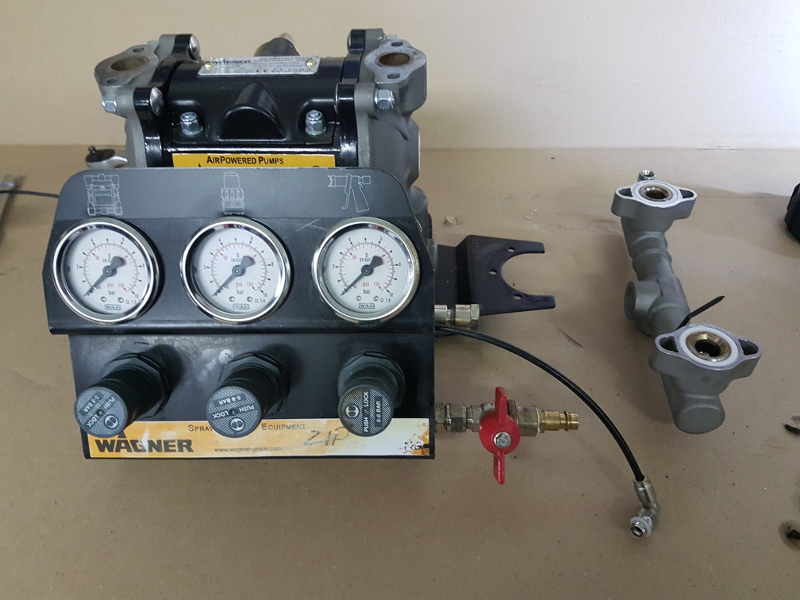 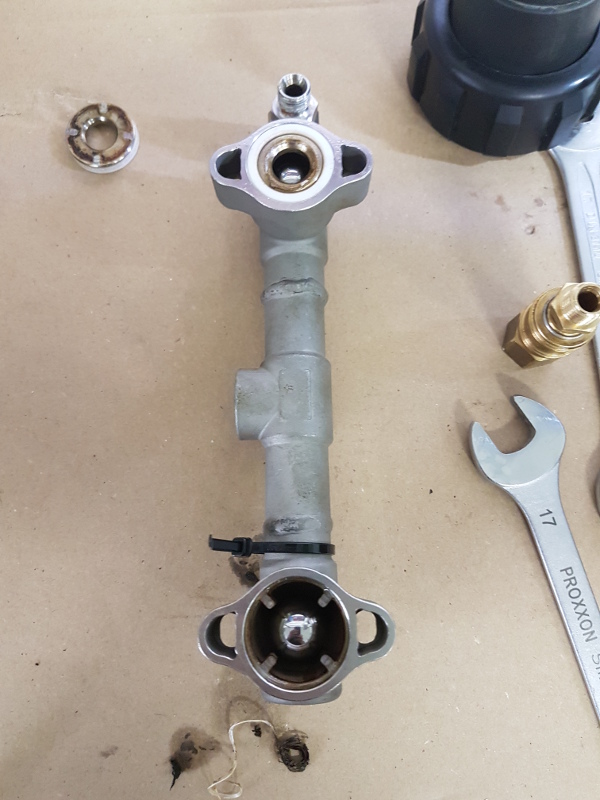 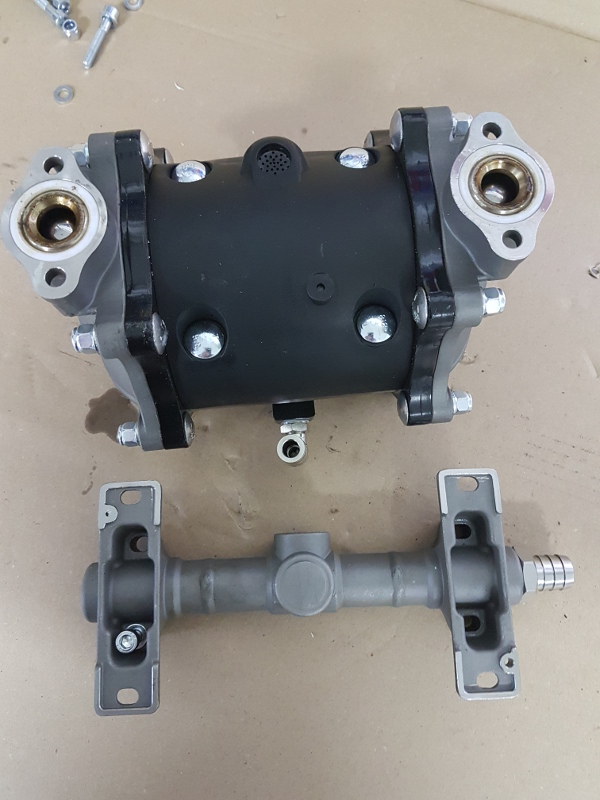 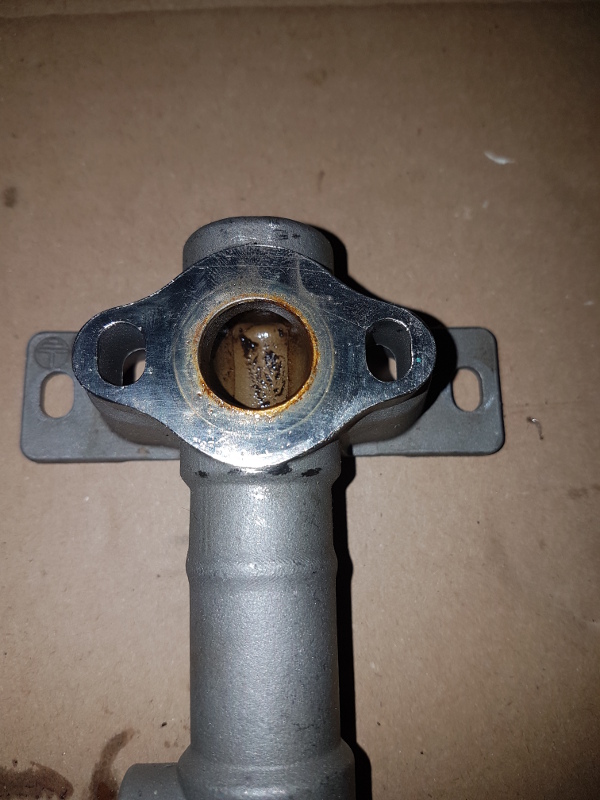 Price as configured including % VAT., plus shipping